The first project, the Green Tee Terrace Trail Project, will see the construction of an approximately 8,000-feet-long, 10-feet-wide hike and bike trail along the Clear Creek Corridor from Broadway through Province Village to Clear Creek then over the creek to Hughes Road. The project also includes benches, signage, trash receptacles and shade structures. In November 2017, while this project was being planned, an agreement was executed with the Texas Department of Transportation (TxDOT) which reimburses the City for all approved construction costs up to 80% of the approved construction amount. The agreement only requires 20% matching funds from the City, effectively allowing the City to construct the trail at a significantly lower local direct cost. 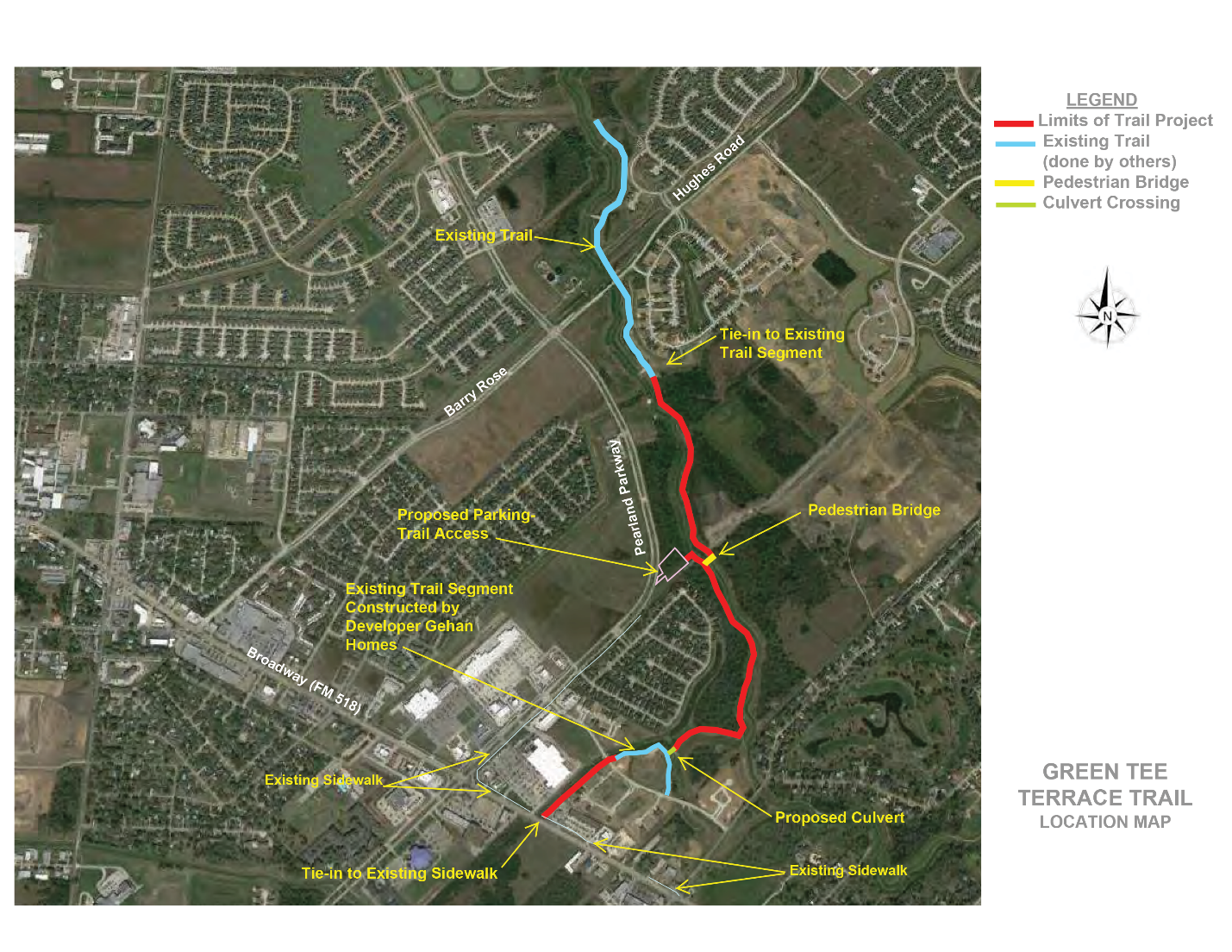 The second project, the Shadow Creek Trail Project, will construct a 10-ft concrete trail between the existing Nature Trail near the Sports Complex at Shadow Creek Ranch and the trail ending on the east side of Kirby Drive. Plans include trail heads with plantings, seating at the beginning and end of the trail section, with independent seating and wayfinding signage placed along the route as well. A proposed under-bridge crossing will take pedestrians under the Kirby Bridge at Clear Creek to connect to an existing trail east of the roadway. The separated crossing allows for a safer pedestrian crossing, as it will help patrons avoid crossing roadways. The projects will help further enhance Pearland residents and visitor quality of life in the community by increasing opportunities for greater contact with the area’s natural surroundings. The project is especially attractive, in addition to receiving federal funding (as detailed above), it qualifies for TIRZ reimbursement which effectively allows the project to be completed at virtually no direct cost to the city. 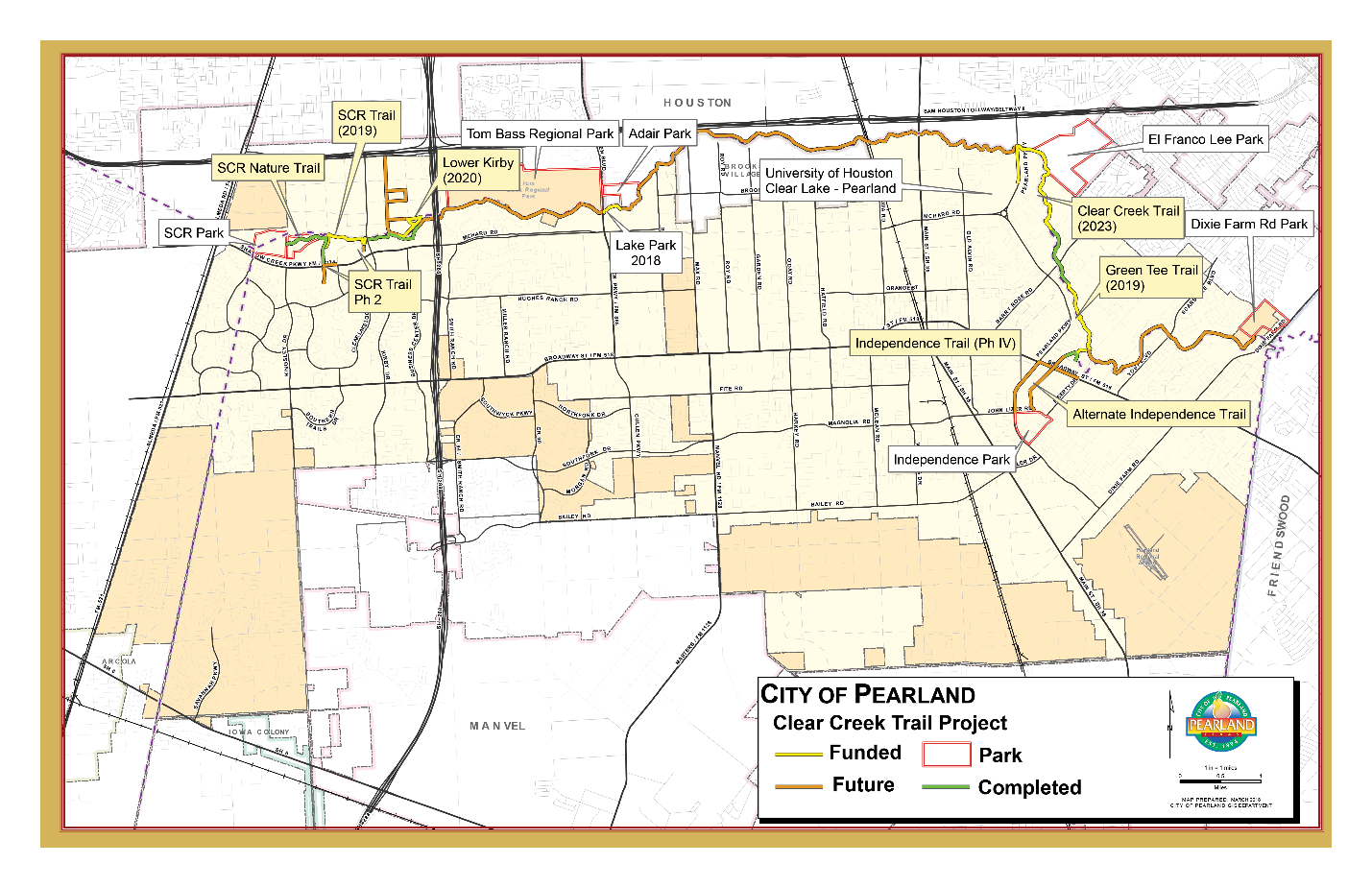 The $2.3 million Shadow Creek Trail and $4.1 million Green Tee Terrace Trail Projects are expected to be completed by August 2019 and October 2019 respectively.

These projects are a part of the Parks Master Plan which was adopted in 2007. As Pearland has grown rapidly in recent years, there is an increased interest in ensuring a higher level of amenities for its citizens. The implementation of a community-wide trail network is a key component of this community enhancement strategy. The projects are part of the 2017 – 2021 Capital Improvement Program and are in line with several of Pearland City Council’s Strategic Priorities including Sustainable Infrastructure and Fiscally Responsible Government.